This blog, in its present form managed via WordPress, is ten years old this year.

According to popular blogger Anil Dash, one of 15 Lessons from 15 Years of Blogging is that “Meta-writing about a blog is generally super boring.”

Any housekeeping writing about how it’s been a while since you’ve written, or how you changed some obscure part of your blog, doesn’t tend to age very well and is seldom particularly compelling in retrospect. The exception are genres like technical or design blogs, where the meta is part of the message. But certainly the world doesn’t need any more “sorry I haven’t written in a while” posts.

Yet this is exactly what I’m going to ramble on about now.

When this blog (in its current incarnation) was launched the web looked quite different.

It was all about written content, with a few pictures added for fun and demonstration. Bloggers wrote about this, that, their hobbies and life in general, with no real regard about whether their words were read and with even less interest in becoming self-important influencers with huge hero images. Web pages were static, had a fixed width (or none at all), and text had a set size (or relied on browser defaults). Images were kept small because of bandwidth and loading time considerations.

Back then the web was meant to be viewed on “large” screens because geeks sat behind desktop computers. It didn’t matter if the site/page was responsive; nobody considered a phone a practical browsing device. Feedback in the form of comments or email was usually deliberate and far more thoughtful than the passing swipe that a like, a retweet or an emoji could muster. Social media was a mere afterthought and all the “call to action” needed.

Now that wide screens have become commonplace and smartphones have super-crisp retina displays, the popular Verdana font at 12- or 13px just doesn’t cut it any more in this age of high pixel density displays. 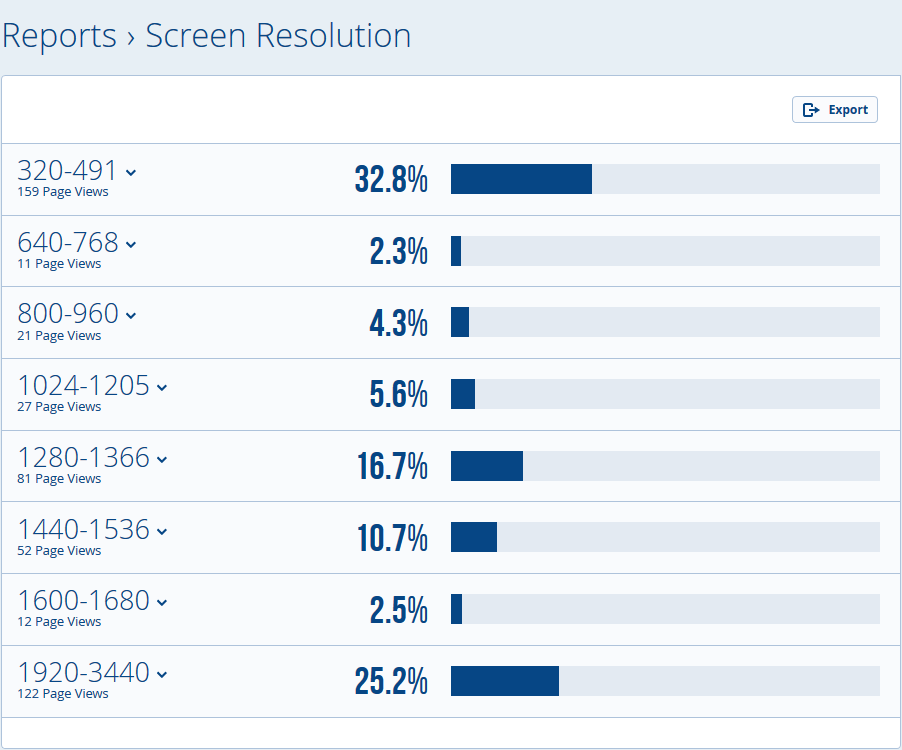 According to my (capped) Statcounter statistics, almost half of this site’s (human) visitors use mobile browsers. The bounce rate is accordingly high. 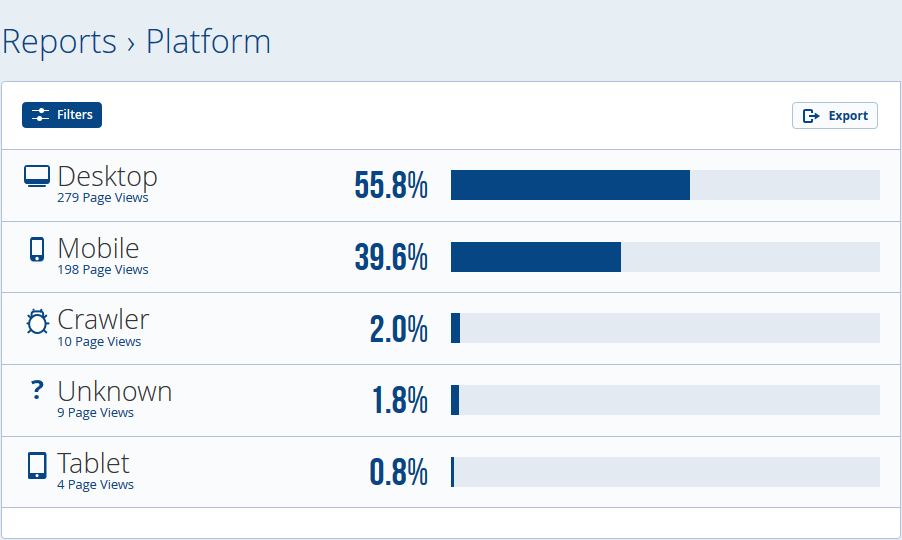 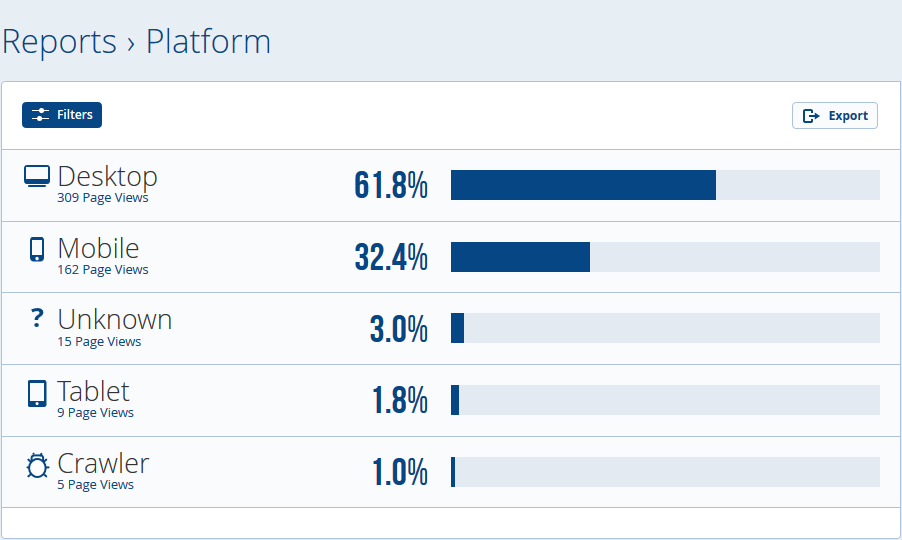 Google too “switched to Mobile First Indexing” on 1 September 2019.

“The majority of Google’s crawl requests to your site will be made using a mobile crawler”, they say, then go on to complain about “Text too small to read”, “Clickable elements too close together”, “Viewport not set”, and “Content wider than screen”.

Look, I’m not a a professional web designer or developer, so forgive me if things like Open Graph, Twitter Cards, SASS, WOFF, Apple touch icons and the WebP image format have largely passed me by during the last few years.  I wasn’t paying attention.

And since content and direction of this site have also matured, a redesign is well overdue.

Watch this space for details.

Civil unrest may be the second wave

The coronavirus crisis is far from over.

While some people are relieved that they’re able to return to work, I have returned to working from home after a symbolic three-week stint at the company office.

Considering my current tasks, working hours and the risk that remains, it’s just plain stupid to do anything but work from home. Most any facility or service I need is either online or has re-opened. Some never closed, and I’ve not been close to running out of pasta or toilet paper either.

I suppose I’m one of the lucky ones. I’m also far too frugal to voluntarily pump time, money and exhaust fumes into unnecessary commuting rushes or conferences that can just as effectively be held online. This should be “the new normal”.

The unwashed masses, though, are dissatisfied. 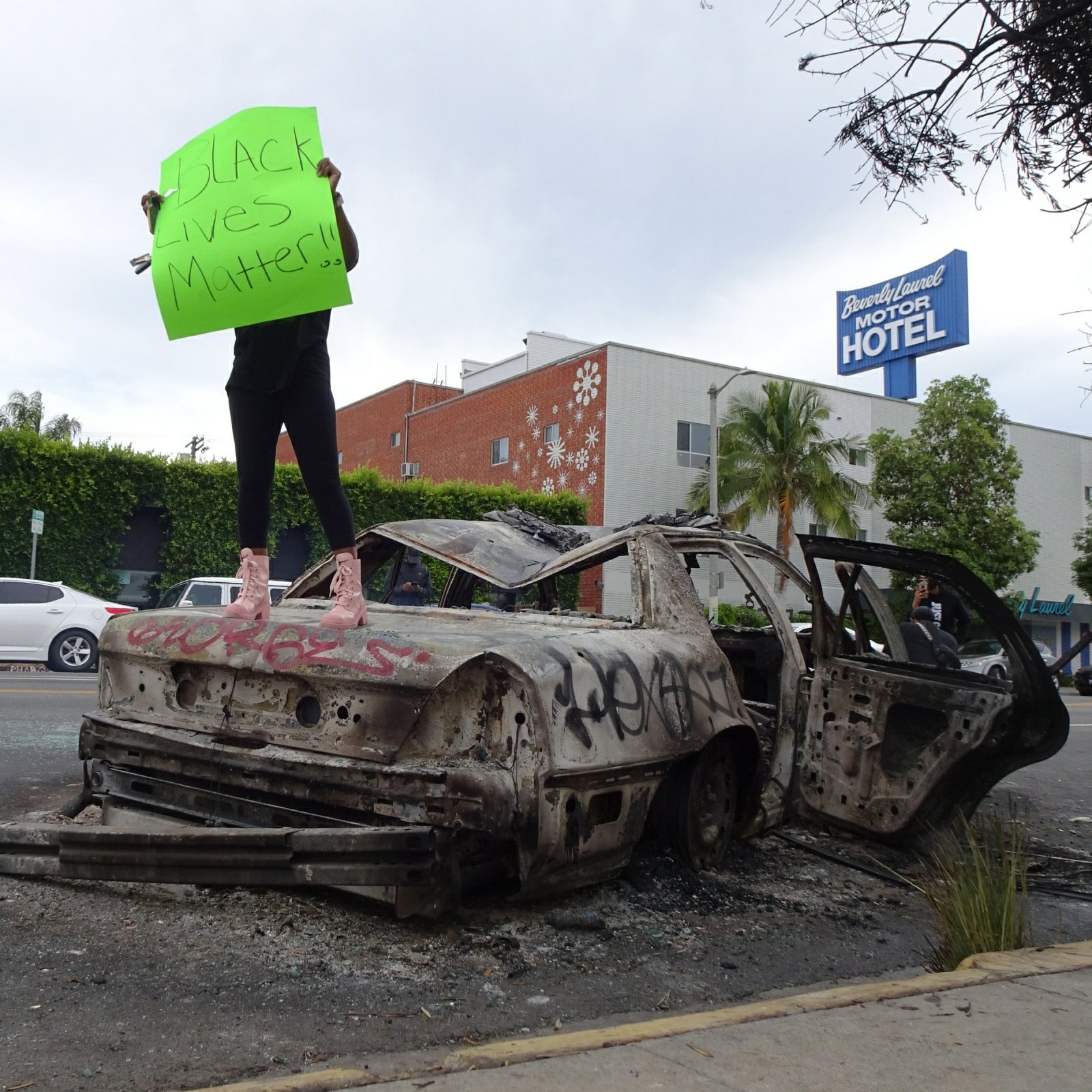 Americans have taken to the streets wearing no masks and total disregard for social distancing in order to protest against racial injustice and police brutality by rioting, looting and destroying the property of innocent civilians. Even in The Hague this past Sunday peaceful protests against coronavirus clampdown regulations turned ugly. A scant few hours earlier, hundreds of drunken and unruly youths trashed the Stuttgart city centre following a routine drug check on Saturday night.

The vandalism as well as an unprecedented degree of violence targeted at police has been plastered all over social media. Every copycat kid wants to be the next Twitter whistleblower or TikTok star to launch an entire hashtag.

What may be worth observing is that a disproportionate amount of the arrested have migrant roots, not unlike those hundreds of factory workers recently infected with COVID-19 across German meatpacking plants: they’re cheap labour from Eastern Europe.

The district of Gütersloh, the site of the largest facility, is the current coronavirus hotspot and has gone back into lockdown. As a result, citizens are enraged: they may have to cancel their precious vacation plans!

Oh yeah, slavery and racism are alive and well in 2020 — albeit in different guises.

Society has a long way to go.

A few thoughts on the current coronavirus crisis

Here’s to another day of “social distancing” and “home office”.

This is my fourth week of “lockdown”. City streets are deserted, roads are empty.

Nature is taking a breather.

After the German government suggested (and eventually enforced) the lockdown, it took two days at the office before I, too realised, “Balls to this. This is a crisis. This is not normal, this is not going to work, and this is not worth risking the health of family and colleagues over.” So I packed my stuff and left. I haven’t been back at the office since, yet have clocked up more working hours than on a regular day.

My dining table has become my temporary office desk (I need the space for the monitors). This may become the “new normal”. While I’m no stranger to “remote working” and some of the luxuries it affords on account of my job functions I still think this ain’t right.

Colleagues who, because of different shifts and geographic locations, hardly see each other under normal circumstances are now more disjointed. Ironically, when you do speak to them using the conferencing facility of your choice, there’s an eerie sense of situational unity in our separation from one another. By now, everyone has heard of Zoom.

So have hackers and pranksters. “Zoombombing” has become a thing. Criminals and opportunists have taken to targeting the desperate, the scared and the feeble-minded.

END_OF_DOCUMENT_TOKEN_TO_BE_REPLACED 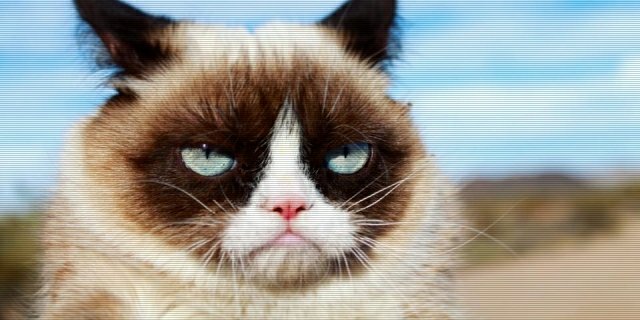 Well, 2019 was a year full of anniversaries, astronomical achievements, cataclysmic failures and other maladies on a global scale disrupted by brief glimmers of hope for humanity. Let’s recap, shall we?

January 1st, 2019, for instance, was cause for huge celebration as troves of music, art, writing and film from 1923 finally entered the public domain.

Also on the first day of the new Terran year, NASA’s New Horizons (the same craft that gave us those wonderful images of Pluto four years ago) flew by the furthest object Earthlings had yet seen: Kuiper Belt Object 2014 MU69, better known as “Ultima Thule”. The following day, China landed its Chang’e 4 craft on the dark side of the Moon (the first time humankind had ventured there).

German authorities freaked out after they discovered that a 20-year-old had been publishing private details of politicians and local celebrities on Twitter.

A collection of 773 million email addresses and passwords was discovered on MEGA.

My father came to live with us. Woe betide!

Approximately 350,000 US federal employees were furloughed in the longest ever shutdown following fiscal disagreements over Donald Trump’s Mexican border wall. Additional stay-aways came as a result of an extreme cold snap caused by a polar vortex.

And that was just January.

END_OF_DOCUMENT_TOKEN_TO_BE_REPLACED 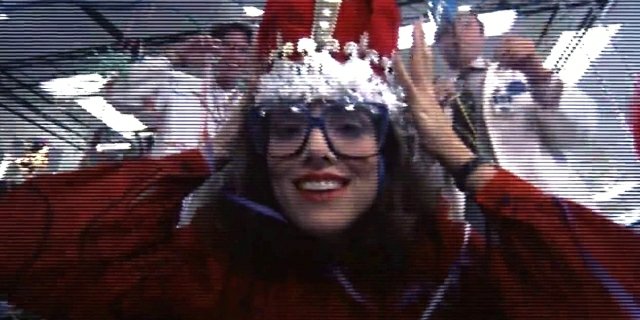 Yesterday we wanted to see the new Star Wars movie. This was a mistake.

As we sat, stuck in traffic and in rain, it dawned on me: what the fuck was I thinking?

Never before have we witnessed such masses descend upon these holy temples of consumerist worship. You may know them as malls or shopping centres; I call it the place where the cinema happens to be.

And the place was packed. It was impossible to get anywhere close to it. We’d have missed the beginning of the movie — assuming we’d find parking and still get seats.

END_OF_DOCUMENT_TOKEN_TO_BE_REPLACED 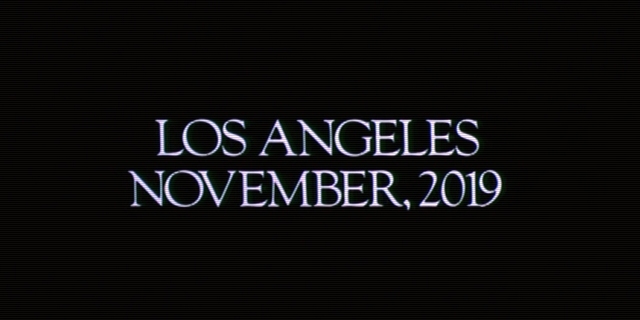 It is November 2019. This is when the classic 1982 film Blade Runner takes place.

This is the time that director Ridley Scott had envisaged in which law enforcement officers would be flying in vehicles called “spinners” through a dark and rainy Los Angeles.  It is now that we would send artificial human beings to do our dirty work in off-world colonies, and if they dared set foot on our filthy home planet, they would be summarily “retired”. Passers-by would barely budge when someone is shot in a crowded street.

I saw Blade Runner when it first came to the big screen in 1982, and during at least one more screening thereafter. I had a copy on VHS (possibly a “TV Broadcast” version with less nudity), and I have the “Director’s Cut” on DVD.

END_OF_DOCUMENT_TOKEN_TO_BE_REPLACED

The fall of walls 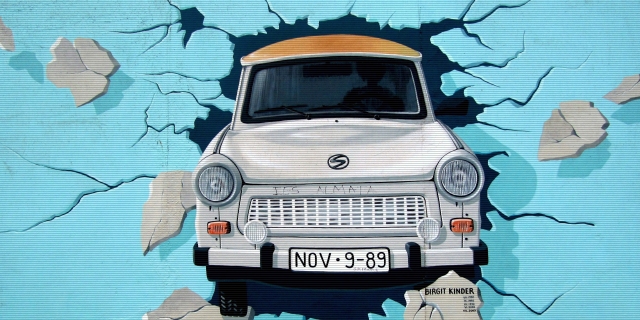 Here’s another anniversary: It was thirty years ago today that the Berlin Wall fell.

The Iron Curtain had been breached, the Eastern Bloc was beginning to crumble. This most cruel of social experiments had finally run its course. A peaceful revolution was under way, and there was no stopping this tide from turning. The world was evolving.

We may not have started the fire but we were sure fanning its flames now.

END_OF_DOCUMENT_TOKEN_TO_BE_REPLACED 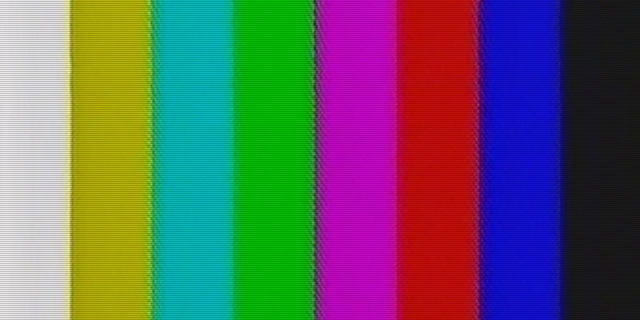 A few months ago I was egosurfing for a very specific term.

The term was “hmvhDOTnet”, and it should’ve taken me straight to what passes for a YouTube channel. This is where I most explicitly used the term, and this is exactly what I expected Google to present.

Realise that I’m an old dog when it comes to picking out relevant results from SERPs (Search Engine Result Pages). These trained eyes have been around the block and pissed in many a neighbourhood. I had also expected a few incoming links from other, genuine sites but that wasn’t the case. In fact, the results were markedly different and “deeper” than those typically discovered when researching wanna-be music producers and up-and-coming artists who aggressively promote themselves.

Allow this old dog to scrape the bottom of the barrel — so you don’t have to. Onwards!